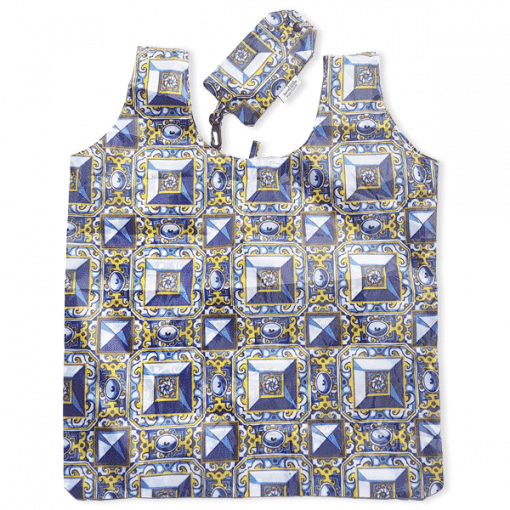 Inspired by the three-dimensional effec of the diamond tip tiles pattern. 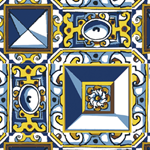 The first known azulejos in Portugal, used as a monument wall decoration, were Spanish-Moorish tiles imported from Seville, around the year 1503. The development of ceramics in Italy and the possibility of painting directly onto the tile, using the majolica technique, furthered its composition and usage with different elements representing historical or decorative moments.
At the time, there were orders placed in Flanders directly from Portugal, however, it was the arrival of Flemish ceramists to Lisbon that saw the initiation of a proper Portuguese production from the second half of the sixteenth century.
Once the aesthetical taste for monument ceramic titles in churches and palaces became a trend in Portugal, the commissioning of great single compositions bespoke to each space became very expensive, which led to more frequent choice of repetitive tiles (or patterned tiles). (www.instituto-camoes.pt)
The Diamond Tip Tile is a feature of the 17 century glazed tiles. This pattern – still in use – has a three-dimensional effect through a simulation of prisms giving the effect of relief which in fact is just an optical illusion given the way the tiles have been painted.
Terra Lusa brand presents several collections of products where each reference is a tribute to the Portuguese Cultural Heritage: notebooks, wrist watches , fans, eco bags, mini umbrellas, glasses cases, microfibre cloths and adjustable book covers, all divided into themes of Portuguese roots .