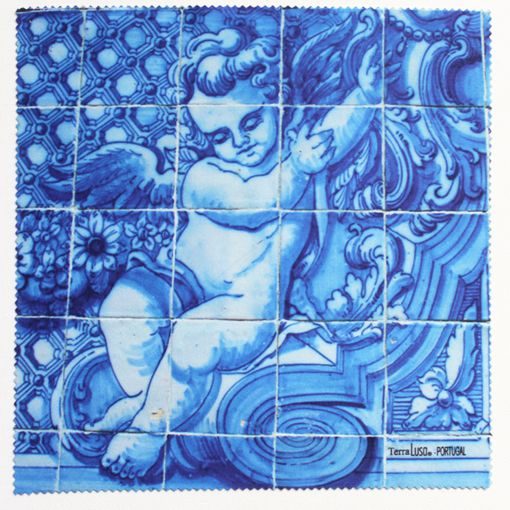 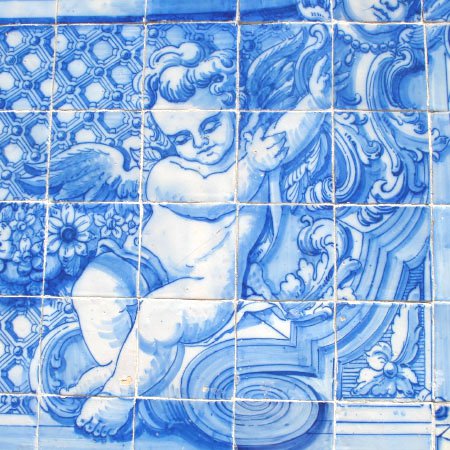 Derived from the Arabic word “Zellige”, meaning “polished stone”, the word “Azulejo” shows the unmistakable Arabic origins of Portuguese Tiles; interlocking curvilinear, geometric or florar motifs that imitate the original Roman mosaics are at the base of the “Azulejo” art.

Although they are not a Portuguese invention (the use of glazed tiles began in Egypt), they have been used more imaginatively and consistently in Portugal than in any other nation. They became an art form, and by the 18th century no other European country was producing as many tiles for such a variety of purposes and in so many different designs. Today, they still remain a very important part of the country’s architecture.

“Between the 16th and 18th centuries, azulejos were used to make antependia (altar pieces) in churches, with yellow motifs on the border tiles imitating the golden fringe on oriental fabrics, examples of which can be found at the Santa Maria Hospital in Lisbon and Buçaco Palace in central Portugal. Churches, monasteries, palaces and even houses began to be covered inside and out, often with exuberant Baroque designs. Also with large exports to Brazil, the late 17th and early 18th century can be considered the golden age of the portuguese azulejo. Tile painters regained their status as bonafide artists who began signing their works, bringing on the emergence of the so-called Ciclo dos Mestres (Cycle of the Masters). It was also around this time that a new type of azulejo composition emerged and became very much in vogue: the aves e ramagens (birds and branches), influenced by the representations on printed textiles imported from India: animals, birds, flowers and hindu symbols. There was also a shift towards more delicate pastoral themes in Rococo style, an example of which is the Corredor das Mangas at Queluz National Palace, while they later gained a more functional role in the reconstruction of Lisbon following the Great Earthquake of 1755.” www.tasteportugal.com