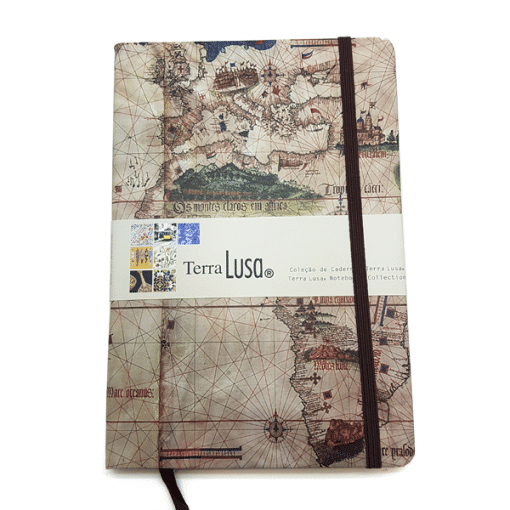 A planisphere drawn in 1502,  that shows recently found lands by the Portuguese and the meridian of the Treaty of Tordesilhas.

Known as Planisfério de Cantino, as it was commissioned in Lisbon by Alberto Cantino, ambassador of the Duke of Ferrara. Drawn in 1502, it shows recently found lands by the Portuguese as well as the oldest known cartographic representation of Brazil. The meridian of the Treaty of Tordesilhas, wich divided the discovered world into Portugal and the Kingdoms of Castile and Aragon is also represented. The original planisphere is in Italy, in the Estense Library of Modena.

TTerra Lusa presents itself with several collections where each reference is a tribute to Portuguese Cultural Heritage.